Your enterprise years ago upgraded to Windows 7 and has been very happy since without any major issues. So why should you now migrate your users’ operating systems from Windows 7 to Windows 10, especially after you skipped the Windows 8 release? This blog will provide you four good reasons why you would be better off migrating your workforce to Windows 10.

1. Security
Of all the reasons that make Windows 10 a must-do upgrade, security is at the top of the list. But wait, you say, your enterprise has never had any security issues. While that statement may be accurate, it’s irrelevant. As they say in the investment industry: “Past performance is no guarantee of future results.” The fact that your organization has never suffered a serious cybersecurity breach (one that you know about, anyway) doesn’t mean it won’t happen to you today, with devastating results.

This is a fact: Windows 10 has far better built-in security features than Windows 7. In thinking about Windows 10 from a security perspective, Microsoft gained valuable experience from security flaws discovered in Windows 7. They have taken those lessons learned from Windows 7, and used them to make Windows 10 more secure. Now it’s true Microsoft has patched Windows 7 to fix many vulnerabilities, but it is still not nearly as secure as Windows 10. Here is why:

Windows is without a doubt the biggest target for hacking, ransomware and malware attacks. In a world where the bad guys have gone from individual aggressors and shady websites to “state” operated and funded hacking teams, the publicly and non-publicly known security holes in Windows 7 will continue to prove exploitable to attackers. Having adapted to the increasingly sophisticated techniques of these bad actors, the Microsoft security team has applied the knowledge it has gained over the past decade-plus to development of Windows 10.

2. User Experience
Windows 10 gives users increased productivity tools so they can work faster, better and safer. There are many of these features, but below is a short list:

Startup Speed—Check out the videos on YouTube comparing Windows 10 startup time to that of any other OS.

OneDrive On-Demand Syncing—In today’s enterprise office users rely heavily on cloud storage. They can keep their files in the cloud without using disk space and share them on demand as needed. With On-Demand Syncing these files are automatically backed up.

Voice Typing—Simply press Windows Key-H (for “hear”) and your PC starts typing what you say. Setup is nonexistent.

Nearby Sharing—A feature that is very similar to Apple’s AirDrop. Nearby Sharing increases user productivity by sharing files and documents directly with other users. It does so via Bluetooth or Wifi without the need for internet connection.

3. Support
Microsoft has ended support for Windows 7 and any new hardware running Windows 7 is not supported at all. Additionally, Windows 7 will reach an announced end of life in 2020. Conversely, Windows 10 has full support.

There you have it, four excellent reasons to migrate your workforce from Windows 7 to Windows 10. Delaying the inevitable will likely make it even more painful. Your workforce will most likely have a short period of adjustment to Windows 10. But once that passes and they see the performance improvements and enhanced user experience, they’ll thank you for the change. 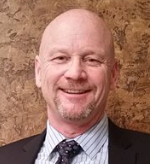 John is a highly skilled technologist with 16+ years’ experience growing, developing and mentoring technical teams with an eye toward delivering optimal solutions for clients. He’s managed large international deployments in commercial, government and highly secure accounts. John has designed, managed and delivered large-scale hardware/software projects in a variety of business models. He lives in Texas with his wife and enjoys teaching English as a Second Language (ESL) as a path to citizenship and to help facilitate higher education pursuits. He supports several charities that help veterans return to a productive and normal life, and enjoys fitness, climbing, sailing, and surfing.