It’s no great revelation that we live in a fast-paced world. Letters used to take weeks to arrive, and now we expect our written communication to be delivered instantly. We lose our cool if traffic doesn’t move quickly enough, struggle to remember life before two-day shipping was the norm, wonder how people entertained themselves without an entire library of TV and movies on demand. We want everything to be available right now and at the press of a button. In many cases, our businesses depend on it.

So how can anyone continue to justify slow network printing? If we can pack an entire workout into seven minutes, why on earth should it take that long (or longer) for a print job to travel from a workstation to a network printer?

Blame print servers. They’ve systematically lowered our expectations of enterprise printing over the years. They’re single points of failure, limited in their scalability, vulnerable to rogue drivers and require group policy or scripts to deploy printers accurately. And along with those shortcomings, they’ve made slow network printing seem like an inevitability—something that just goes with the territory.

Common causes of slow network printing
There are dozens of reasons why print speed might be suffering, but one major cause is the basic structure of the print-server model.

If your print servers are consolidated, it means that every client is routing print jobs through a single centralized point. That can take a really heavy toll on remote locations, where the print job has to pass through the local WAN connection to the distant centralized print server, then make the return trip to the local network printer. Even in a best-case scenario, you’re looking at a minimum of two potential bottlenecks that can result in slow network printing.

Distributed print servers don’t fare much better. This model balances the printing load and restricts print servers to smaller pools of users, but it’s also more difficult for admins to oversee and maintain. That lack of oversight can allow background processes or outdated drivers to consume additional resources, which in turn will affect printing speeds.

Regardless of how they’re set up, print servers are subject to periods of high usage and excessive printing demands that can easily overload their finite capacity. Heavy network traffic from non-print-related activity can also impact the speed that jobs are received by the print server and passed to the destination printer.

With PrinterLogic’s software, you can completely eliminate print servers in favor of a serverless print infrastructure that’s highly scalable, easy to manage, inherently robust and offers advanced features (secure-release printing and mobile printing to name just two) as a seamless extension of its core functionality. It takes all of the long-held assumptions about enterprise printing and turns them on their ear.

Among enterprise printing solutions, PrinterLogic is uniquely positioned to do this because it makes use of a centrally managed, direct-IP printing paradigm. While allowing the entire print environment—even in geographically distributed organizations—to be administered from a single pane of glass, it establishes one-to-one connections between clients and printers. This means that print jobs travel straight from the initiating machine to the destination printer.

By minimizing WAN hops and increasing print efficiency through this forward-thinking model, PrinterLogic’s direct-IP printing solution tackles the root causes of slow network printing and speeds up print jobs by design. Along with that, it optimizes both printer and driver management by eliminating scripts and GPOs and makes drastic reductions in print infrastructure possible. That’s a huge net benefit: greater ease of print management, increased productivity for end users, fewer calls to the help desk about slow network printing, and less money spent on purchasing, operating and upgrading print-related hardware.

Efficiency that follows you into the cloud
PrinterLogic SaaS (formerly PrinterCloud) brings this same direct-IP printing solution to a flexible SaaS model, so enterprises that are looking to achieve a massive print-infrastructure reduction can migrate to the cloud without the usual fear of slow network printing on account of excessive WAN reliance. Even if the WAN connection is bottlenecked by heavy network traffic or interrupted altogether, end users can still print quickly and reliably via PrinterLogic SaaS.

Hamilton County, Indiana (read the case study here) is just one of many examples of how PrinterLogic’s serverless print infrastructure can transform a cumbersome, sluggish print environment into a lean, efficient one with enterprise-quality uptime and features. For them, thanks to PrinterLogic, slow network printing is now a distant memory instead of the daily reality.

To experience the benefits of PrinterLogic for yourself, you can easily test the water before deciding it’s right for your organization. Sign up today to demo PrinterLogic in your print environment for 30 days entirely free of charge. 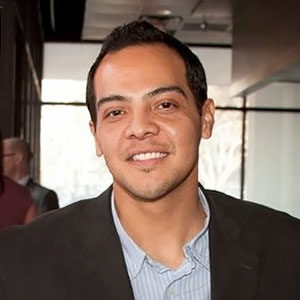 Sal Gamez is a Product Owner at PrinterLogic, where he works with software developers on new product specifications and the Agile-based execution of those plans. His career path includes 12 years in product support and customer-support management. Sal has extensive experience in software integration and has managed deployment projects calling for full integration on all Windows OS platforms. He has worked with giants like NASA and AIG—helping to build customized software projects that use cluster environments, single sign-on, load balancers, and enterprise network switches. He holds a Microsoft Engineering (MCSE) certificate of completion, as well as a Cisco Network Associate (CCNA) certificate of completion.