One of the huge advantages of implementing PrinterLogic is the way it streamlines and centralizes distributed print environments. Over the past ten years, PrinterLogic has helped more than 1,500 enterprise clients in a variety of fields do just that.

As a matter of fact, multi-site applications are where our enterprise printer management solution excels. A recent TechValidate survey of our customer base revealed that a massive 93% of our customers have more than one office or geographic site. Of that group, nearly half have more than 25 sites, and more than 20% have over 100 sites. When traditional print servers are in place, each one of those additional sites adds an extra—and in our opinion, unnecessary—layer of cost and complexity. 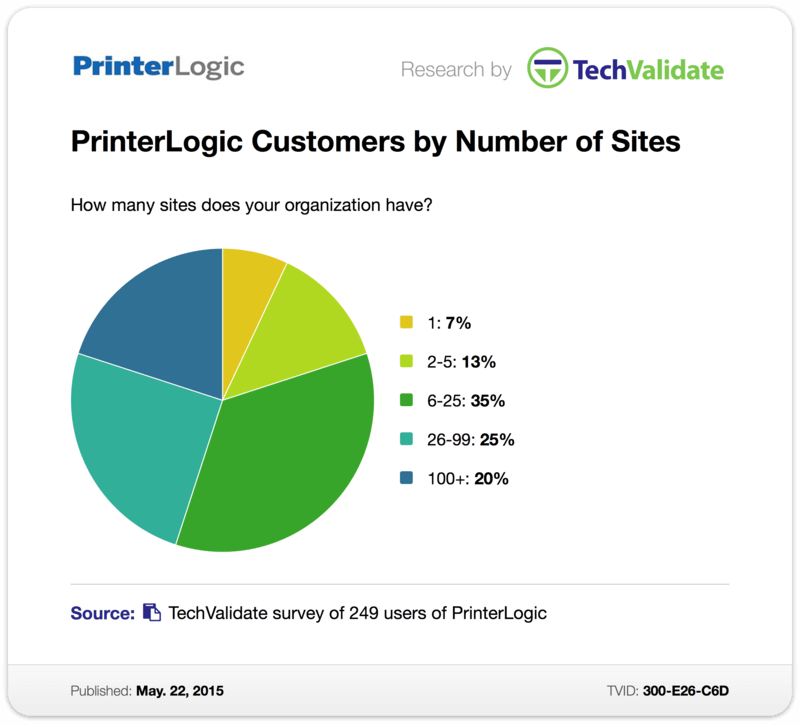 By using PrinterLogic to eliminate print servers
in your distributed print environment, you and your organization stand to benefit in three important ways.

While delivering all these practical benefits, PrinterLogic takes dozens or even hundreds of geographic sites and unifies them virtually through a single, seamless portal that’s as intuitive to the end user as it is robust for the IT department. That integration of deployment, installation, admin and monitoring saves time, money and manpower. And from a technological standpoint, it might even bring a greater sense of cohesion to your organization.

Ready for that performance bonus?