Federal Agency Seamlessly Manages its More than 5,000 Printers with PrinterLogic

If ever there were a testament to PrinterLogic’s incredible scalability, it would be the case study of a federal government agency carried out by the independent research firm TechValidate (TVID: 9B7-248-E75).

This agency had more than 5,000 networked printers and over 100 print servers before installing PrinterLogic across its 100+ sites. With a hardware count and distributed environment like that, you can imagine the massive logistical implications that any change to its enterprise print backbone would have.

And yet this federal government agency was able to fully install PrinterLogic and begin eliminating its 100+ print servers in just one month. That had immediate and lasting benefits, such as:

Those reductions corresponded to quantifiable, real-world cost savings. This federal government agency was able to completely recoup its investment in PrinterLogic within 18 months. Everything since then has been a bonus—to the tune of a whopping 400% return on investment (ROI). On the way to achieving such stunning cost efficiencies, PrinterLogic enabled the organization to do everything it had set out to do, namely:

Agency representatives were especially impressed with this last point. “PrinterLogic makes deploying printers simple,” they said in a short-but-sweet testimonial. They were so impressed, in fact, that they also rated PrinterLogic as “excellent” across the board. Broken down, that means our enterprise print management solution scored top marks in terms of:

The federal government gets an awful lot of flack for not being cost-effective and streamlined enough. As this TechValidate case study shows, this particular agency is using PrinterLogic to address both in pretty significant ways. 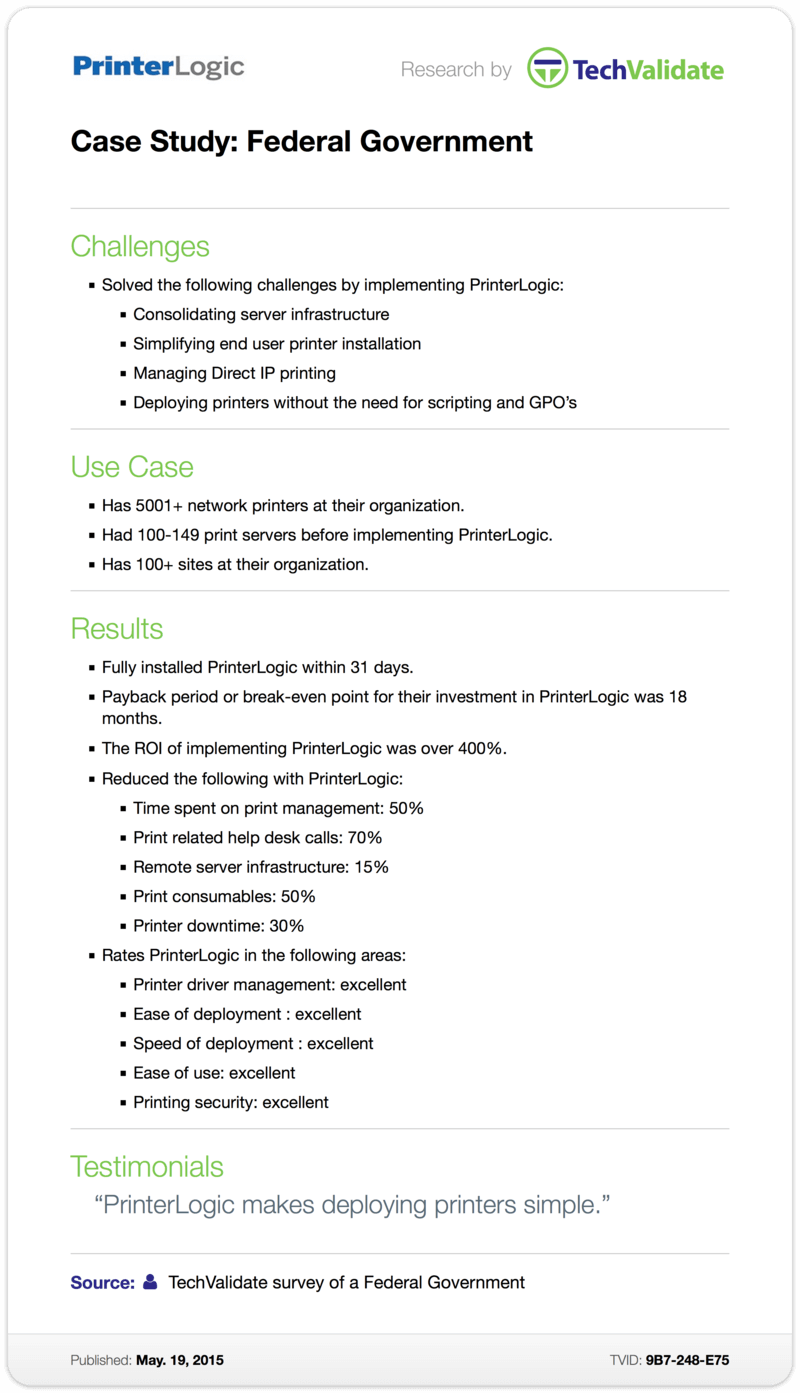