There’s a common saying in IT that most enterprise printing problems start with print drivers, not printers. How true that is will probably vary from environment to environment. But one thing’s for sure: Print drivers are a constant pain point.

Some of the Biggest Print Driver Headaches

In traditional print environments, driver updates are one of the most dreaded IT tasks. And the difficulty of updating only increases with scale. Driver updates in enterprise organizations are going to involve a lot more work simply because there are more client computers to deal with.

Scale isn’t the only issue. The update process itself is also inefficient. When a manufacturer releases a new print driver, the updated version might fix some existing bugs. There’s also a risk that it will introduce new ones. As a result, many admins and managed print services providers test new drivers before deploying those drivers to the entire user base. Although that doesn’t guarantee that things will go smoothly.

That’s where driver updates can get even more tedious. Rolling back problematic drivers after they’re deployed is a multi-step hassle for admins. It’s even less fun for end users, who usually have no idea that their print driver has been updated. All they know is that they can no longer print or that their documents aren’t printing like they should. So they call the helpdesk, which triggers a cascade of damage control and creates more work for everyone.

Drivers come saddled with other baggage too. If manufacturers don’t provide a model-specific driver for a particular computer, you have to find a workaround. That can force admins to use a driver for a similar model, which runs the risk of incompatibility and limited features. Or it means using a universal driver, which might bring more stability but doesn’t always support the full range of printing functionality.

And in the interest of time, it’s probably best not to open the can of worms that is 32- and 64-bit print-driver conflicts.

The list of potential problems with drivers is long, but their effect can be summed up in one word: downtime. Whether a rogue driver causes an entire print spooler to crash or a version incompatibility prevents a single user from printing in one application, it compromises your enterprise printing capabilities and causes productivity to suffer. End users, technical support staff and admins are all inconvenienced in the long run.

PrinterLogic’s serverless printing infrastructure is designed to support organizations of all sizes and use cases—from managed print services providers to internal enterprise IT departments.

When it comes to driver management, PrinterLogic has at least two huge advantages over traditional printing solutions:

Lamar Consolidated Independent School District’s experience is a perfect example of how PrinterLogic unites power with ease of use in driver management.

This school district is comprised of 45 locations over a 400-square-mile area in Texas. Its printer fleet numbers over 1,000 devices from several manufacturers like Ricoh, HP, Dell and Canon. Yet PrinterLogic enables admins to manage the common driver repository effortlessly and apply driver changes to 22,000 workstations with instant effect. Read the case study here.

With PrinterLogic, managed print services providers and companies can regain control of their enterprise printing while eliminating print servers and other expensive, outdated print infrastructure. To see how PrinterLogic outperforms your existing printing solutions in every way, sign up today and download your free 30-day trial. 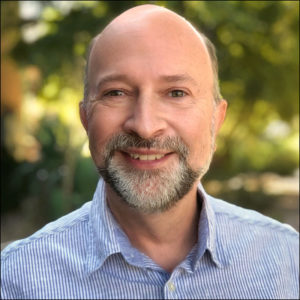