We often highlight PrinterLogic as an excellent way to eliminate the headache, hassle, and high ongoing costs of print servers. But the truth is that it’s possible to experience the same amazing day-to-day benefits and overall return on investment (ROI) even when installing PrinterLogic in existing direct-IP enterprise printing environments.

A great example is the case study of the medium-enterprise energy and utilities company conducted by the independent research firm TechValidate (TVID: 518-7B9-CD5). Before installing PrinterLogic, the company had between 50 and 249 network printers distributed across fewer than five sites in a print environment that was entirely direct IP.

Yet, even without print servers, the company still faced serious printing challenges and situations that were less than optimal. End-user printer installation was unnecessarily complicated. Printers could not be deployed efficiently and still required problematic scripts or group policy objects (GPOs). It was also difficult to manage printers effectively across the entire company.

It took this medium-sized energy and utilities company less than one day to completely install PrinterLogic, and problems like these were solved almost immediately. That probably explains why company representatives rated PrinterLogic as “amazing” in every one of these areas:

When it came to costs, the company fully recouped its initial investment in PrinterLogic within six months. At the time of the TechValidate case study, its overall return on investment (ROI) since installing PrinterLogic had exceeded 200%—and benefits like the following are still contributing to the company’s continuing long-term ROI:

“[PrinterLogic] has freed my technicians’ time to resolve problems other than printer problems,” said a representative for this energy and utilities company. “We can deploy new printers much more quickly.”

That sounds remarkably similar to testimonials for current PrinterLogic customers who previously relied on print servers. It just goes to show you that PrinterLogic can bring about the same phenomenal time- and cost-saving results in any print environment. 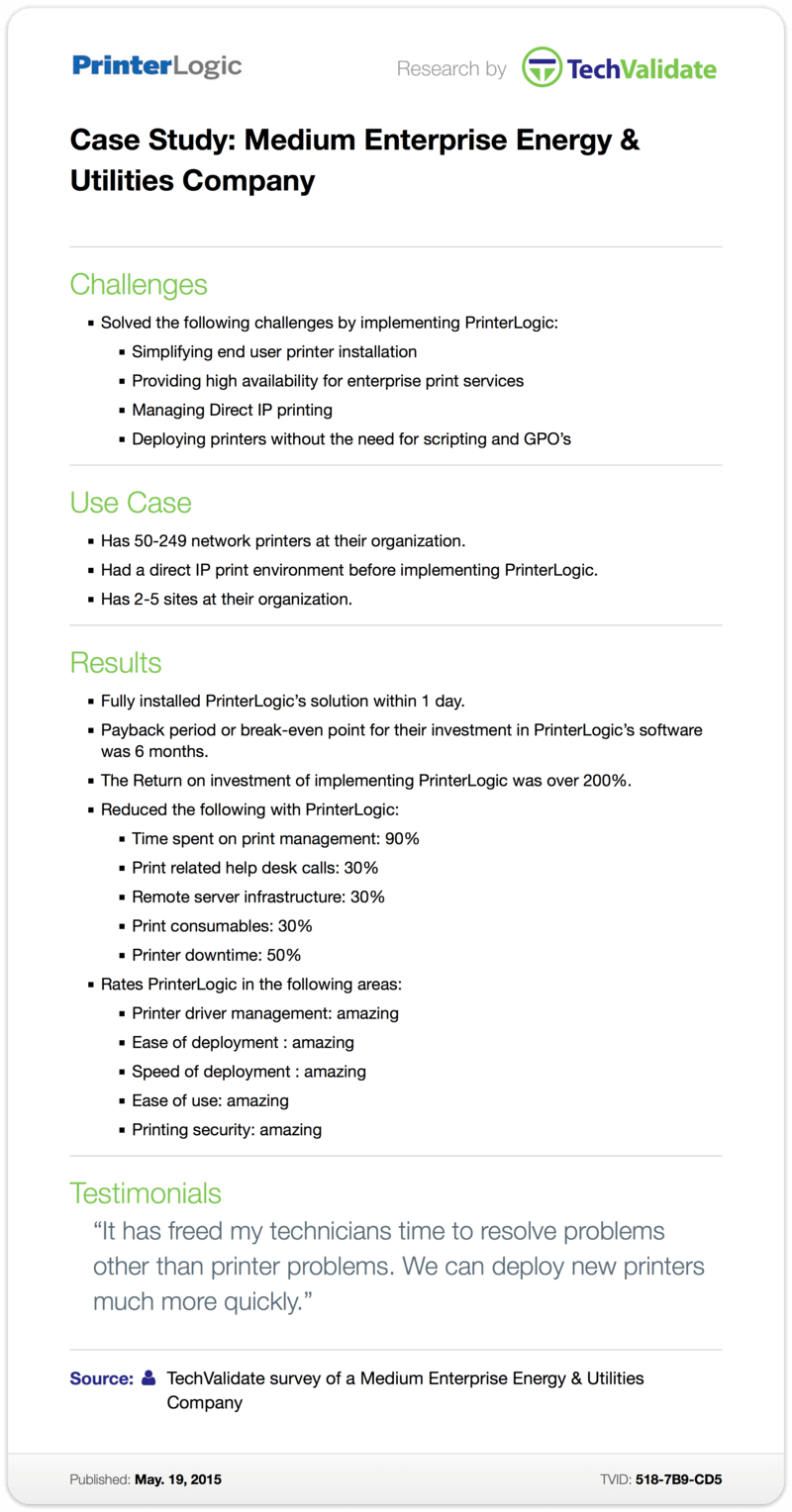