PrinterLogic, the world leader in Serverless Printing Infrastructure (SPI), has announced General Availability of Version 1 of its integrations with the cloud-based IdPs Okta and Azure AD. For PrinterLogic SaaS customers, this release provides support for SAML 2.0-based federated authentication.

To function properly all these elements have the need for user authentication and authorization. This blog explains where the integration points are.

The PrinterLogic web-based Admin Console enables administrators to centrally manage both printer and driver deployments by users and groups. This console supports role-based access control (RBAC) so admins have access rights only to the information they need. Traditionally, PrinterLogic SaaS has relied on Active Directory and LDAP to authenticate admins and automate deployment of printers to end users.

PrinterLogic’s Self-service Installation Portal enables end users to perform routine printer installs by themselves with a single click, and traditionally relies on their AD identity to grant them access to only the printers they are allowed to install.

Windows and Mac clients also traditionally rely on the user’s AD identity to perform their tasks such as installing and removing printers and/or new profiles.

What is a cloud-based IdP?

Authentication and Authorization are both common terms in the world of Identity and Access Management (IAM). Cloud-based IdP is a subset of this larger IAM market space.

Authentication is the act of validating that users are who they claim to be, while Authorization is the process of giving the user permission to access a specific resource or function. Authorization is often used interchangeably with Access Control or Client Privilege.

SAML (Security Assertion Markup Language) is an XML-based standard used for exchanging authentication and authorization data between an IdP and a Service Provider (SP). The SP is typically a cloud-based application, and in Figure 1 below the SP is PrinterLogic.

In an SSO system, a user logs in once to the system and can access multiple systems without being prompted to sign in for each one.

PrinterLogic SaaS is part of the Okta Integration Network (OIN) as both a SAML- and Provisioning-enabled Application. It is also part of the Microsoft Azure App Gallery.

Online documentation is available for Azure AD and Okta to help IT teams configure PrinterLogic for integration with these services.

Figure 1 illustrates the integration between PrinterLogic SaaS and a cloud-based IdP.

Figure 1: Integration between PrinterLogic SaaS and a Cloud-based IdP.

How IdPs and PrinterLogic work together

The flow of communication between the the IdP and PrinterLogic is as follows:

There are two separate sign-in flows through which authentication can be handled by SAML, both of which are supported by PrinterLogic SaaS.

PrinterLogic SaaS IdP integration also supports the System for Cross-domain Identity Management (SCIM), which allows for the automation of user provisioning. When changes to identities are made in the IdP, including create, update, and delete, they are automatically synced to the SP in real-time according to the SCIM protocol.

A look at Version 1’s functionalities

Support for Google Cloud Identity is also set for later in 2020, which combined with the recent release of the PrinterLogic Chrome OS Client Extension, will provide a robust solution for Chrome OS printing and give enterprises a uniform print experience independent of end user operating systems.

You can start a PrinterLogic SaaS trial here. For more information on IdP, see our Printerlogic-IdP integration FAQ here. 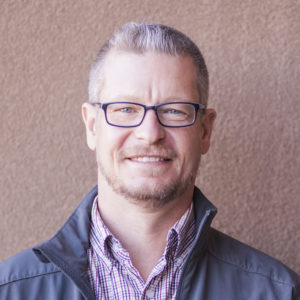 Pierre is a Systems Engineer at PrinterLogic focused on enterprise customers and the healthcare market who specializes in providing his customers with simple solutions to complex business problems. He holds a PhD of Chemistry-Material Science as well as an OKTA Professional certification. Pierre spent the early part of his career in the semiconductor industry in Applications Engineering Development and Management across Europe, Asia and the US. From there, he spent several years in the Electronic Content Management Industry before ultimately joining PrinterLogic. Outside of work, Pierre enjoys playing bass guitar and riding pretty much everything that has two wheels.