The release of version 18.3 marks the arrival of many highly anticipated features in PrinterLogic’s enterprise print-management software. Several new features augment the company’s serverless infrastructure with direct and dramatic improvements to secure printing, making PrinterLogic’s next-generation solution as hardened in terms of security as it is flexible in implementation.

Printer-agnostic CAC/PIV authentication
Employees of U.S. federal agencies are issued smart cards as an authentication mechanism. In the Department of Defense (DoD), these are referred to as Common Access Cards (CAC). In other agencies they are called Personal Identity Verification (PIV) cards. Among other purposes, these smart cards are used to securely release print jobs that are being held until the employee is at the printer, ready to receive them.

The primary advantages of PrinterLogic’s optional CAC/PIV solution is that it is serverless and printer agnostic, which means it works without traditional print server infrastructure, and that the PrinterLogic card reader can be used with any printing device, regardless of its make or model. This enables departments or whole agencies to implement secure CAC/PIV print release across their entire printer fleet without having to replace any printers.

As described in our white paper on print security in government agencies, print servers are single points of vulnerability that create attractive attack vectors for malicious actors. PrinterLogic’s serverless infrastructure eliminates the risks associated with print servers and provides a framework for end-to-end print security. In addition, CAC/PIV smart cards are more secure than most civilian employee badges because they require both a swipe and a PIN to complete the authentication.

Even though this degree of print security involves complex technology, the new PrinterLogic feature is easy to use. First, the user logs in using their CAC/PIV reader at their workstation as usual. PrinterLogic Web Stack (formerly Printer Installer) automatically provides a digital signature for print jobs using this authentication process. When the user prints a document, they are prompted to enter their PIN. This creates the signature. The user then goes to the printer and securely releases the job using their CAC/PIV card with a compatible reader.

FIPS 140-2 US government security certification
The cryptographic modules in version 18.3 of PrinterLogic’s software have been hardened to ensure compliance with the Federal Information Processing Standard (FIPS) Publication 140-2. As part of the company’s FIPS certification, the 18.3 release is currently undergoing an evaluation by the National Information Assurance Partnership (NIAP), using the U.S. Government Approved Protection Profile. Final verification testing is underway now, and certification is expected by April, 2019.

Together with CAC/PIV support, FIPS 140-2 certification ensures that PrinterLogic Web Stack is now the ideal print-management solution for use in federal print environments—or indeed any organization that values uncompromising print security.

Canon control panel application (CPA) support (beta)
Currently in beta testing, PrinterLogic’s Canon CPA support for version 18.3 will allow customers with Canon printers to use PrinterLogic’s print-management solution for secure pull printing on those devices. Via the CPA, users can enter a username/password or PIN/ID combination on the printer’s embedded control panel to authenticate themselves and securely release held print jobs.

This also marks the launch of PrinterLogic’s brand-new common CPA platform, which provides a uniform code base for our control panel apps. Along with accelerated speed of development and increased efficiency, the common CPA platform will provide customers with a consistent user experience across printers, faster CPA responsiveness, improved error-handling and added print security.

Public key infrastructure (PKI) encryption for email printing
As part of their security protocols, many enterprise organizations require emails sent from Microsoft Outlook to be encrypted. But that encryption can also prevent those emails from printing correctly. The 18.3 release remedies this with native support for PKI encryption.

When this feature is enabled, encrypted e-mails can be automatically decrypted for printing as long as the administrator has added a valid PKI certificate and key in the PrinterLogic management console.

Faster, more resilient mobile printing
Version 18.3 of PrinterLogic’s software has added “fast lane” technology to its mobile printing system that ensures the highest possible throughput for smartphone, tablet and Chromebook printing. Each mobile print job is assigned its own unique thread so if a previous job in the queue stalls out, the software parallel-processes the jobs and keeps things moving. As a result, mobile users, particularly in large organizations, will enjoy improved print performance.

Currently, users who want to authenticate a pull-print job on a smartphone use PrinterLogic’s web-based release portal on their mobile browser. Now, mobile users can simply launch a dedicated app on their device. Their credentials are set once and securely stored within the app, which means they’ll be taken right to their held print jobs the moment they tap on it. From there they can easily release jobs to a desired printer.

Not only does this new feature eliminate the need to purchase expensive badging hardware, it also promotes the use of secure printing by virtue of its convenience. In addition, because the apps work with less expensive network printers that are not equipped with control panels, they make streamlined secure/pull printing practical without having to spend money on new print infrastructure.

Additional features and improvements in version 18.3

Availability
In addition to the new functionality in PrinterLogic Web Stack 18.3, here’s a summary of expected timing for other releases or formal certifications discussed in this blog:

Existing customers can download PrinterLogic Web Stack 18.3 from the Product Updates and Release Notes page in the documentation portal. Existing customers who wish to be part of the beta test program for the Canon CPA or the new smartphone apps should contact their sales representative or product support.

If you aren’t yet a customer but would like to test the latest version of PrinterLogic Web Stack free of charge, sign up today for a 30-day trial and experience the benefits of centrally managed direct-IP printing for yourself. 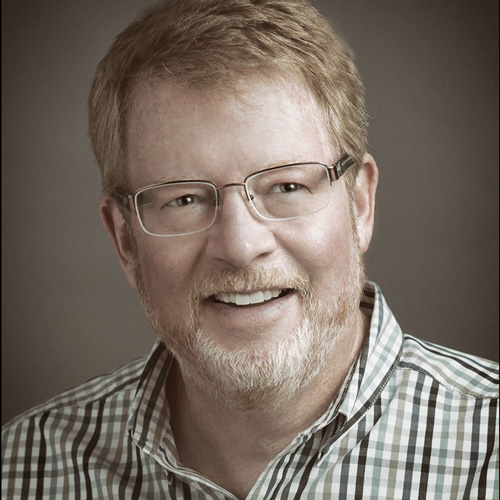 Tom joined the product team at PrinterLogic after moving to So. Utah from Portland, Oregon. He's held various executive, product management and marketing positions at HP, Symantec, and other software firms. Tom received a B.A. in Communications from BYU and completed a summer executive MBA program at Stanford. Off the clock, he enjoys landscape photography, exploring off-the-beaten-path locations in the desert southwest, and weekend trips to Las Vegas for live music, especially jazz.