One of the most common nuggets of wisdom in IT is to simplify. The more moving parts there are, the more possibilities there are for things to go wrong. The more complex your environment is, the harder it is to maintain and troubleshoot.

Honestly, though, sometimes simplifying is not so simple.

In the enterprise, there used to be two general choices when it came to IT printing solutions: direct IP or print servers.

Direct IP had the advantage of straightforward, reliable client-to-printer connections. Unfortunately, management in conventional direct IP print environments was anything but simple. Something as basic as a driver change meant that admins had to touch each workstation.

That’s why most large organizations ended up taking the print-server route. But it’s not like print servers are much simpler. Depending on how they’re implemented, print servers can create a massive expansion in print infrastructure. And while they do automate some aspects of print management, they create more work and hassle in other areas.

What’s so bad about print servers?
For starters, print servers are unreliable and costly to maintain. No matter how they’re deployed, they create single points of failure—which means that if they hang or crash, printing stops for all affected users.

And let’s face it, print servers crash or hang way more than they should. Driver issues, corrupt print jobs and software incompatibilities are just a few of the many things that can bring them down. Even if you discount the costs of upgrading print servers every few years, you’re still looking at a lot of time and money spent managing them.

Another drawback is that print servers limit management and functionality. Having to deploy printers with Group Policy or scripts? That’s so old school. Provisioning methods like those just slow login times or result in group policy conflicts. They also restrict who can deploy printers, increasing admins’ workload.

Last, but certainly not least, print servers make it hard to incorporate new features. If you want to add a feature like mobile printing to your environment, you’ve got to go shopping for dedicated IT print solutions that will layer on top of your print-server environment. That just ends up adding even more software and more hardware infrastructure.

To really simplify your print environment, you need to eliminate print servers altogether.

Doesn’t eliminating print servers remove print capabilities?
If you were to just throw your print servers out the window one day, there’s no doubt that you’d get the print infrastructure reduction you were hoping for. Not to mention a huge sense of relief. The downside is that no one would be able to print.

But we wanted the best of both worlds: powerful, intuitive printing alongside zero print servers. That’s why we developed PrinterLogic.

PrinterLogic gives your organization the ability to eliminate its print servers completely while also seeing incredible gains in areas like print manageability, stability, availability and flexibility. It’s unique among IT printing solutions because it combines the dependability of direct IP with the ease of centralized management. It redefines (and reduces) your print infrastructure because it totally rethinks what we should expect from enterprise printing.

Simplify and optimize enterprise printing with PrinterLogic
Rolling out mobile printing to any BYOD phone or tablet with minimal setup? Making full-featured secure pull printing possible with virtually any printer? Configuring advanced dynamic printer deployments without having to touch a single GPO or script? Built-in comprehensive print auditing? Letting end users safely install printers themselves? PrinterLogic does all that. Oh, and did I mention that it does so without a single print server?

Our newest product, PrinterLogic SaaS (formerly PrinterCloud), takes print infrastructure reduction and turns it up to 11. It’s a SaaS solution for both large- and small-scale print environments that brings many of the same benefits as our on-prem software. Plus some of its own.

For example, like consolidated print servers, most cloud solutions rely heavily on the WAN. They don’t function properly without it. Not PrinterLogic SaaS. The direct-IP component means that end users keep printing as usual, even if there’s a WAN outage.

AAA Carolinas is just one of many, many examples of an enterprise-scale, distributed company that eliminated its printer servers through PrinterLogic (read the case study here). Today the organization deals with far fewer print-related helpdesk calls. It effortlessly delivers the right printers to mobile employees. And it’s shed well over half of the expensive hardware that used to take up space in its data centers.

The first step toward eliminating your print servers and redefining your print infrastructure is to sign up today for a free PrinterLogic demo. It’ll give you the chance to test drive our solution for 30 days and see how it turns even complex print environments into something streamlined, robust and feature-rich. 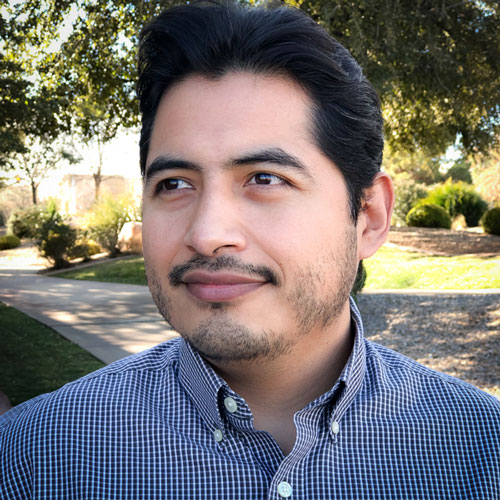 Julio Garfias is the Product Support Manager at PrinterLogic, where he oversees the company’s post-sales support operations and provides vital product-development feedback based on customer needs. His previous experience includes 10+ years as a product support engineer and help-desk analyst. Julio has Windows Server Administration certifications from Microsoft and is a Certified SAFe 4 Product Owner/Product Manager. He is currently working towards a Bachelor’s Degree in Computer Systems Networking and Telecommunications from Dixie State University.