Eliminating GPOs in a Print Environment: The Why and the How

In enterprise IT administration, one convention for enforcing user settings and computer configurations is Group Policy Objects (GPOs).

This system works with the criteria in Active Directory (AD) to impose certain rules and create a very controlled computing environment for the individual end user. GPOs, for example, are used to limit access to network shares. Or to ensure that the workstations in a particular department can only be accessed by authorized individuals.

The utility of GPOs—at least in theory—is pretty obvious. They’re a way for admins to manage the entire environment centrally.

But in practice, GPOs aren’t even close to perfect. They can actually be one of the biggest headaches in centralized print management. That’s led many admins to try and eliminate GPOs where they can.

Why eliminate GPOs from your print environment?
A fundamental problem with GPOs is that they’re underpinned by a hierarchical structure. This hierarchy starts at a granular level (the computer) and ends by casting the widest net (large groups called Organizational Units, or OUs). Generally, this makes a lot of sense. You need to have a prioritization scheme behind how the policies will be enforced.

Unfortunately, when there are conflicting configurations at different tiers, GPOs can be more of a hindrance than a help. In print-management scenarios, GPO quirks can result in incorrect or even failed printer deployments. Security filtering is harder, too, because sometimes GPOs lack the necessary scope. Other times, exceptions have to be created to get the desired end result.

And when there are a bunch of GPOs in effect, it can create a complex tangle that’s incredibly hard to sift through and troubleshoot if something goes wrong.

Even at the best of times, GPOs are never what you’d describe as ideal. It’s hard to set default printing options in a way that’s simple, reliable and universally enforceable. GPOs also take time to process during logons, which can slow logon times—sometimes by as much as five minutes or more.

However, when you’re talking about enterprise printing and centralized print management, eliminating GPOs can be close to impossible. Most traditional print-management solutions rely on GPOs to deploy printers and enforce printing policies.

At the same time, and in contrast to conventional direct IP printing, PrinterLogic allows admins to oversee and control the entire print environment from a single pane of glass. Using this one console, admins can set up advanced printer deployments based on a whole host of Active Directory (AD) criteria. That’s because PrinterLogic integrates seamlessly with AD to provision printers to large groups or even individual users in a targeted way.

In the end, PrinterLogic gives admins all the power and functionality of enterprise-grade print-management tools but neatly eliminates GPOs (and scripts too) from the list of requirements.

The benefits of GPO elimination
By taking GPOs out of print management entirely, organizations like the United States Special Operations Command have found that the situation improves for admins and end users alike (read the case study here). Admins and their support teams are able to deploy printers using same AD criteria—only now more efficiently and more reliably. And end users actually get the printers they’re supposed to, saving them the hassle of having to call the help desk.

Other organizations, such as Navicent Health (read the case study here), have used PrinterLogic’s ability to eliminate GPOs as a way to empower their support technicians. They can also now enjoy faster logons and automatic enforcement of cost-saving printer policies, including defaulting back to monochrome after each print job.

Now that you’ve seen the why and how of GPO elimination, it’s time to experience the wow. With PrinterLogic, any organization can simultaneously eliminate GPOs and print servers to realize a print-infrastructure reduction along with effortless centralized print management. Sign up for a free demo and test drive PrinterLogic in your own print environment for 30 days. 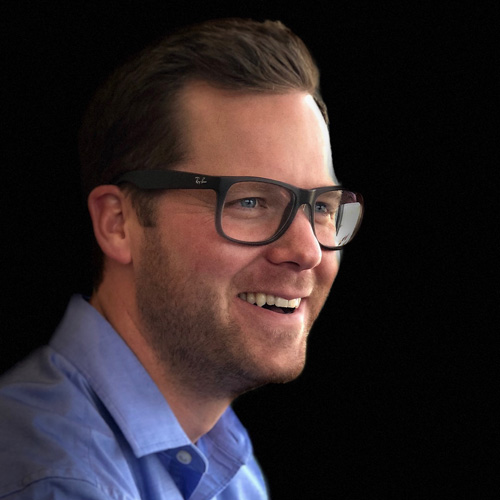 Zach is a Product Manager at PrinterLogic, where he leverages 5+ years of experience consulting with customers to help define and shape new products in the serverless printing infrastructure market. He oversees the firm’s offerings for Managed Service Providers and helps them provide exceptional service to their clients. He holds an MBA from Southern Utah University and is a Pragmatic Certified Product Manager. Zach loves living in the desert southwest and enjoys mountain biking and other outdoor activities with friends, his wife, and their four children.